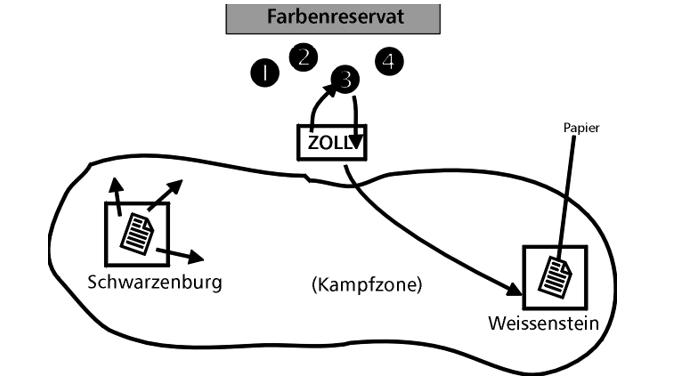 No. 1,2,3,4:
Four leaders with finger paint, moving around the color reserve and always have a can of finger paint with them. They do the in-which-hand-is-which-rondo game with each player who comes to them.

Passport :
Each player has a passport with his nationality (Schwarzenburger or Weissensteiner)

Wool ribbon:
Each player has a woolen thread around his left arm. The wool thread counts as one life.

Fighting zone:
Ribbon plucking is only allowed around the two countries. So not in Schwarzenburg or in Weissenstein itself, and not at customs or color reserve 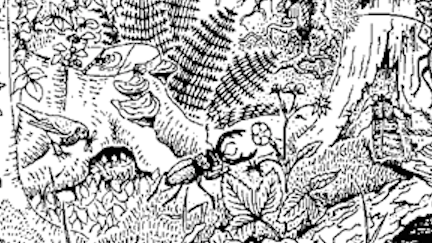 Get to know animals in the forest 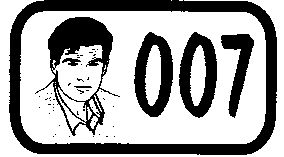 Getting to know each other and other games 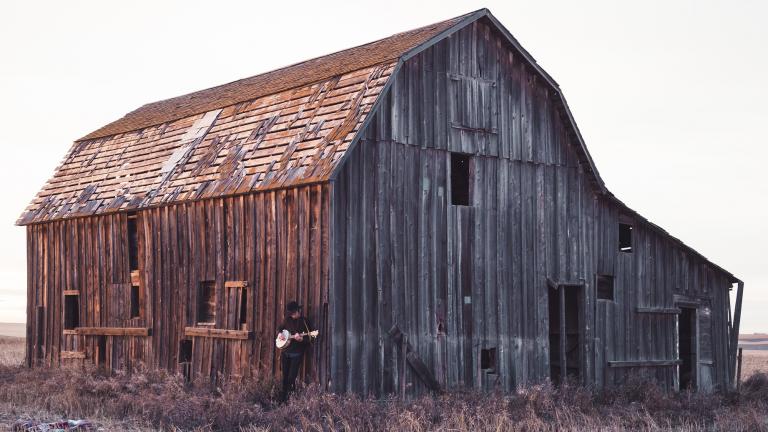